On St Andrews Day, after the epic day/night enduro at Innerleithen, No Fuss Events and Innerleithen MTB Racing (IMTBR) sat down to bring together all the information and finalise the details of the highly anticipated Scottish Enduro Series. Duncan Nisbet from IMTBR said he is very excited to work together with No Fuss in the provision of the first Scottish Enduro Series.

After the meeting he had this to say, ‘This will be a series that will be all about the riders – we won’t have seeding or give any preferential treatment and you will choose your own start times. The series is about getting out with your mates, riding great tracks and enjoying some healthy competition on the day!’

Dates were announced a couple of months ago and enduro fans all over the country have been waiting excitedly to hear where the National series would be going. Well wait no longer, the dates and venues are in, with the exception of the final round for which there are still a few discussions going on. 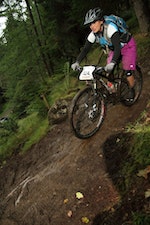 You will notice a couple of date shifts from the original ones that were published, these being round 2 which was originally released as the 29th and 30th of March – this will now be held on the 5th and 6th of April. The second change is round 3 from the 21st and 22nd of June to the 28th and 29th of June. Here are the dates and venues of the whole series so far:

At the meeting last weekend both IMTBR and No Fuss were firmly set that the inaugural SES would be all about fun and would focus on the riders, the stages will be challenging with a mix of old Scottish classics and fresh new tracks and the competition will be fierce! With rounds in the Highlands, the Borders and the South West the series is reaching out to all corners of the country to find the best Scottish enduro riders from junior to super vet categories.

The series consists of 6 rounds and will cost £45 per round. With World Class tracks, feed stations on the course and an international field of competitors this is a great deal. To make the deal even sweeter we are selling 100 series ticket for £225 on the No Fuss Events website, which gives you entry to the whole series with one round free. Bargain!

The first round of the series will be held at Nevis Range in Fort William. The round will be a 2 day event consisting of 4 stages looping around the Leanachan Forest. Practice will be held on Saturday and racing will be on Sunday. The transitions will be informal and untimed but competitors will choose their own start times for the day once practice is finished. Nevis Range has a great reputation for hosting mountain bike events and from great tracks, to delicious food, to showers and bike wash, it has it all. 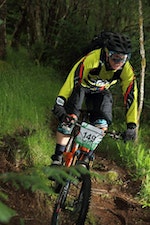 Add to this accurate and reliable timing this series will have it all. Spook Munro had this to say, ‘With professional timing from the SportIdent system, as always individual times will be given as soon as you hand in your dibber and results will be published that evening. Perfect for comparing times with your mates and finding out whether or not your ‘hotline’ was worth the risk!’

Entries for the first round of the Scottish Enduro Series at the Nevis Range on the 22nd - 23rd of February are now open!

Entries for the first round of the Scottish Enduro Series at the Nevis Range on the 22nd - 23rd of February are now open!